What I Learned During NaNoWriMo

December 06, 2019
NaNoWriMo is the National Novel Writing Month which is November. NaNoWriMo aims to make people write a book in November. To win NaNoWriMo, a participant has to write at least 50,000 words towards their book because that is the minimum word count required for a novel. I won't go in-depth because all the details can be found on Google and on their website www.nanowrimo.org.

I wanted to take part in NaNoWriMo since 2017 but I could not for two consecutive years for a couple of reasons. I was adamant to participate this year and I did... and I won!

Myths I had about NaNoWriMo before participating: 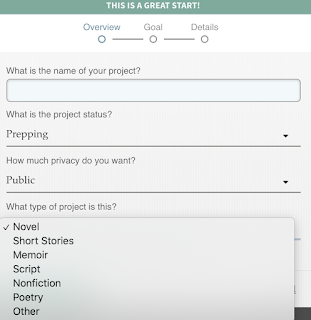 I did it every time I switched pens because my handwriting changes with pens, especially while switching between ball pens and rollerball/gel pens.

So, all done. Now here is my experience of NaNoWriMo and what it made me realize:
(points noted each day as I progressed) 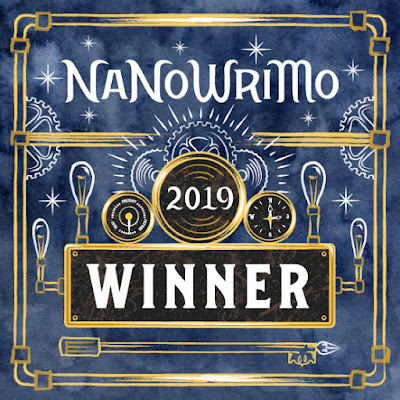 NaNoWriMo was very very helpful for me, it really was because I did what I would not have done in maybe forever. I wrote almost 3/4th of my book. I am a pen and paper person and I have my whole book written in a notebook. And typing from the notebook is the most tedious task for me but that also allows me to do the first and most important round of editing as I type the book from the notebook. And I know it's going to take me pretty long. But let's see when I beat my procrastination and get the book done!

Lastly, it's not how many words you write during this month, but it's about how much progress you make towards your dream. A month to work on a book you always wanted to read but could not find anywhere.

AND here's my certificate :) 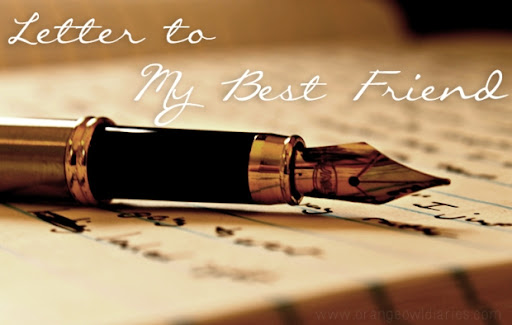 Having You By My Side Is A Blessing

Dear best friend,
I rarely write open letters, but here's one for you because you deserve this. I have no clue where to begin from and what to write. I have so much to say yet I am unable to find words and collect my thoughts.
You have been such a beautiful blessing in my life. You have accepted my flaws, my imperfections and yet, you help me improve myself without changing me. Many times when I am in major dilemmas, you are the only person who shows me the right way. Your advices never fail though I freak out sometimes when you give me advice when I don't ask for one. I know it's my fault but it's just my another flaw and I know you understand me when I don't behave myself. Misunderstandings keep happening between us but you have taught me that talking is the only way to get rid of those misunderstandings.
You are that person who believes in me more than I believe in myself. You make me see the positive side of every adversity. The trust that you show in me is be…

The question that I receive the most on Instagram is how I grew my account to 60k followers. First of all, those who have been following me since years know that it wasn’t overnight. It took me three years to get there but it was only during the last year that I learned how to beat the IG algorithm and make my content reach more people. Secondly, all my following is organic. Buying followers is a direct act of sabotaging your account, your algorithm and even your art. I will talk about the cons of buying followers later in this post but first, I am sharing some things that helped me grow from 700 followers to 60k in a year.
I began writing on IG at the end of December 2015, and till March 2017, I had no clue how important it is to switch to a business profile and get the insights of our account. So, until May 2017, I had reached only 300 followers. Now, I had a business profile, I could see insights but still, my page was growing at a snail’s pace. I used to follow all these feature p… 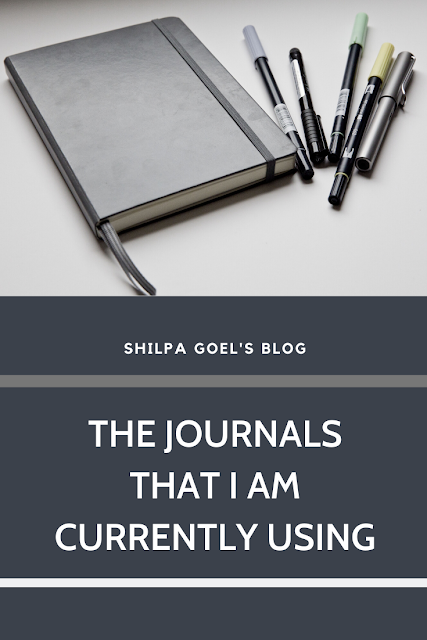 The Journals That I Am Currently Using

﻿Hello People! Wish you all a very happy new year. How is 2020 treating you so far? I hope really well. Since it's the first post of 2020, I thought of sharing my journals with you all—the journals that are currently in use, each for a specific purpose. Let's begin.

I have been writing Morning pages since September 2018, but it was always on and off until I became regular with this practice from July 2019. I have not missed even a single day since then and I feel so proud of it. I had ordered this black spiral notebook from Amazon because it said 'Fatbook' and I love fat, thick notebooks so much! While the cover of this journal is worthless—more like the cover your stationery shop person puts on your projects when you get the spiral binding done—the pages are surprisingly thick and none of my pens bled through them. So, it works well for my morning pages habit and I love writing in it.
The other journal is Mickey Mouse (Oh Gosh!) diary from Doodl…